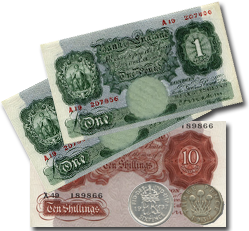 When it opened in 1938, the newly-extended Woolworth store on the seafront of the English resort of Blackpool was the largest in the world. It had been designed and purpose-built to the highest standard to serve the hundreds of thousands of tourists who stayed in the north-western town each week in peak season.

Its three triangular salesfloors offered all manner of items for sixpence or less, displayed to show that they were worth much more. But even the splendour of the magnificent counters was eclipsed by what stood above.

With many tourists opting for bed and breakfast accommodation, Woolworth aimed to provide good food for every visitor with an extensive lunch and dinner menu, with two whole restaurant floors which opened from dawn to 11pm. (If the landlady's salty porridge and stewed tea wasn't up to much, they could get a 'full English' for sixpence too!) The huge scale of the operation meant diners could choose from a much wider menu than they would find in a top hotel, all at remarkably low prices. As illustrated by the image above, if a family of four bought all of their lunches and dinners for a whole week at the Bank Hey Street and Promenade Store, they could leave with half of a single five pound note unspent (two pounds ten shillings and ninepence (£2.54), to be precise.

Now that  really was mass catering. Read on if you're hungry for more.... 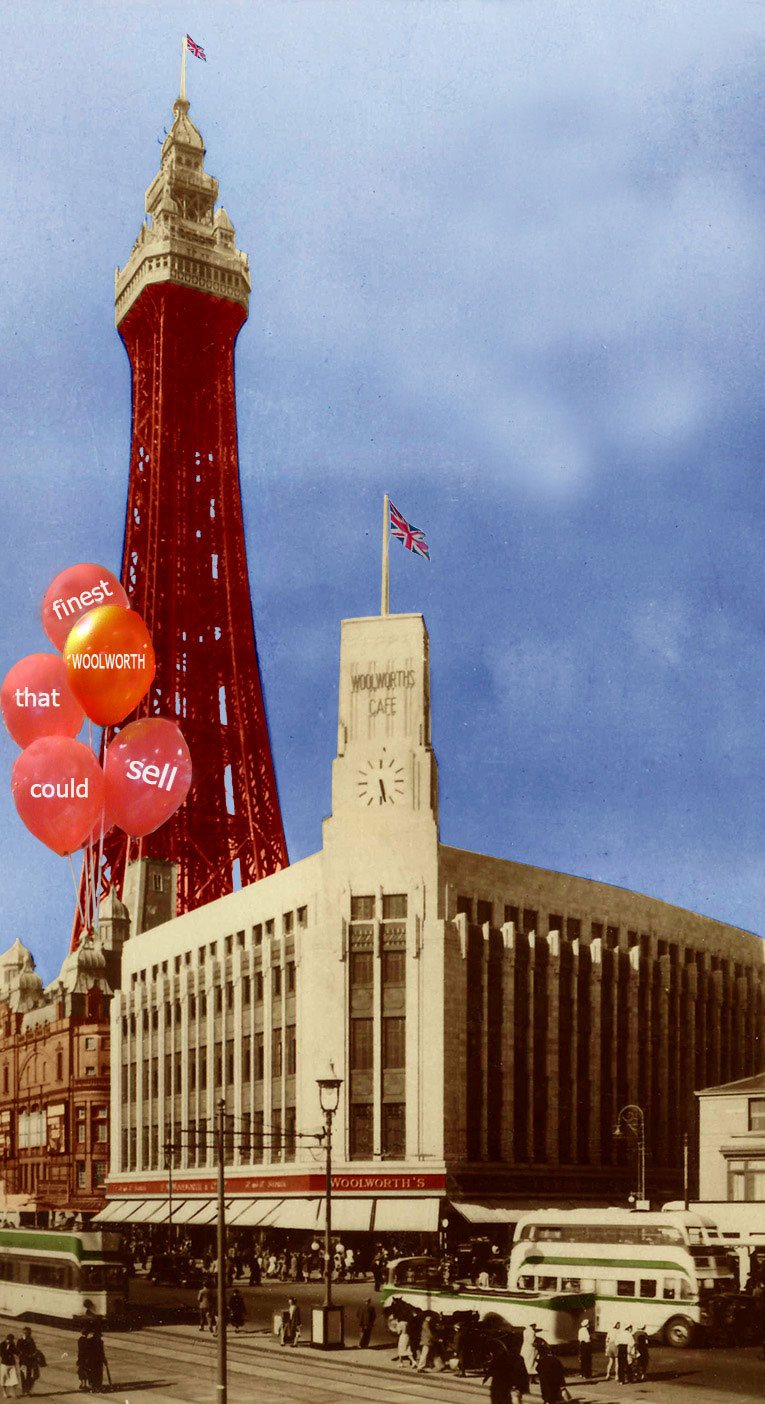 When it opened in the Spring of 1938, the store on the Promenade at Bank Hey Street in Blackpool was Woolworth's most ambitious building ever.

The huge premises dominated the skyline. The icon was visible for miles along the Fylde coast and right out to sea. The resort on England's North West coast had become the country's favourite, attracting millions of tourists each year.

The site was triangular and opened into three streets. The building was made of glazed, cream bricks with a marble finish. It had bronze window frames with elaborate bright-work. A clocktower added the finishing touch.

There were three salesfloors, each 15,000 square feet (1,400 m2), and two 2,000 seat restaurants on further levels. The upper facility was mainly reserved for private parties, but gave the capacity required for tourists visiting the town during Wakes Weeks when their local industry all closed at once. Woolworth offered main dishes for sixpence (2½p) and a full meal for two shillings (10p) or less.

We've dedicated this page to the Woolies Restaurant. It was inspired by Mrs. Sybil Preece who visited the store with her husband Philip in 1941, and shared her memories with us. At the time she took the menu home as customers were invited to do. 65 years later she shared it with us.

There was a Restaurant in the first British Woolworths store at Church Street, Liverpool. This was a step on from the Soda Fountain that the Founder had established in his Lancaster store in 1907 and helped to inspire the famous lunch counters across North America. As the British chain expanded, a Restaurant was included in each large store. The firm aimed to promote shopping as a leisure activity. They believed that selling good food at exceptionally low prices would encourage people to allow more time for shopping. Restaurants were comfortable and accessible. Separate entrances allowed some to open longer than the store, seven days a week, from 7am to 10.30pm. 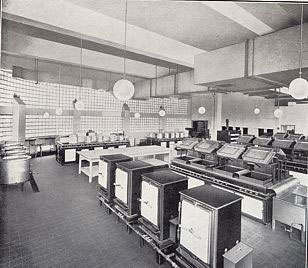 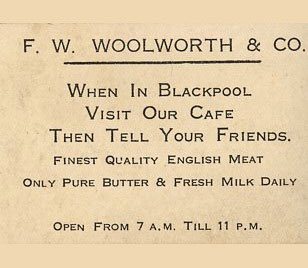 Before the opening shoppers were given invitation cards by the neighbouring Blackpool stores. Reporters were given a tour of the kitchens and example menus.

The promotional material highlighted the wide selection of dishes offered for sixpence (2½p) or less, the smart surroundings and the panoramic views. Photographs showed the "modern, hygienic kitchens". Patrons were urged not to leave tips and were invited to take their menus home as mementoes or to give to their friends. 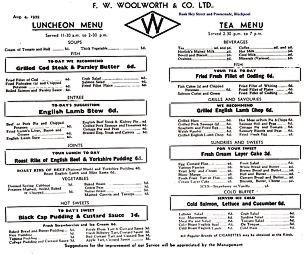 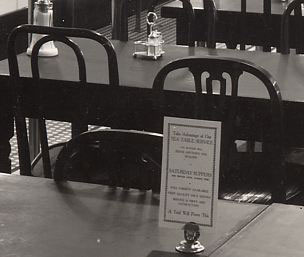 Roast Beef and Yorkshire Pudding, a Fresh Fillet of Codling or a Grilled Lamb Chop were sixpence (2½p), a small cup of tea was just tuppence (1p) and a desert was threepence (1¼p).

Just one month after the date on the menu Britain declared war on Germany and soon the sixpenny days were gone forever. Bill Lacey, the man credited with the success of the restaurants, was rewarded with a double promotion. He became a Buyer at 'Executive Office' in London, with responsibility for the entire food range. This included Ice Cream, Tinned Food and Delicatessen, as well as Restaurants and Café Bars. Lacey had his work cut out, adapting the menus and displays in-store to war conditions. As the weeks passed, many foods became unobtainable. Meat, eggs and milk were all rationed. Among his achievements were: 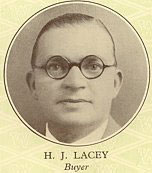 By 1941 World War II had started to take its toll. The Blackpool Restaurant had become a favoured haunt for servicemen, with a local RAF station adopting it as a second home, and many soldiers and sailors visiting on home leave. On 22 September Mrs Sybil Preece of Gloucester was entertained to dinner in the Café by her husband-to-be, Philip, as part of an early Autumn short break. She remembers that it was a very impressive venue that catered for 2,000 people. 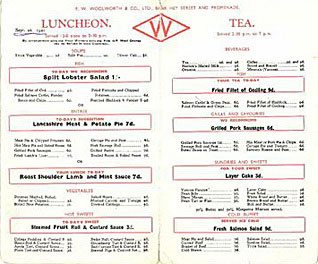 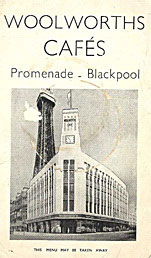 By 1941 the wartime menu shows a number of dishes above the old sixpenny (2½p) limit.

Mrs. Preece has fond memories of the visit, recalling that the food was delicious and that she was so impressed that she took Woolworth's up on the offer to take the menu away, preserving it for posterity.

You can see a close-up, fully legible copy of the menu by clicking its picture (above). We would like to express our sincere appreciation to Mrs Sybil Preece and her son Norman for donating the menu and the background information to the Woolworths Museum, as well as to Mr Symon Knightswood, the grandson of Bill Lacey. The store chain was proud to hand out copies of the menu inside a commemorative brochure to Blackpool customers when the nearby 21st century Woolworths re-opened after a modernisation in 2006. Many of the store's younger customers were amazed that you could once buy a main meal for sixpence, once they learnt what an old sixpence was! We hope you enjoyed reading their stories and getting a "flavour" of the late and much lamented Woolworths Restaurant.