Turning a problem into an opportunity

Throughout the 1920s the relationship between Woolworth's non-consolidated subsidiary in the UK and Irish Free State and its parent in New York had become increasingly fractious.

The Board in London had embarked on a mass expansion programme, and considered the best way to achieve this was to acquire and develop freehold sites, buidling stores from the ground up. But new laws in New York state, designed to tackle a series of high profile ponzi schemes, required that any freehold acquisition had to be approved by a New York based court. London considered the process too slow, and received warning after warning for not complying.

In the end the New York FD, Byron Miller, himself a founding Director of the British Woolworth's, brokered a solution which had would benefit everyone. The British Isles subsidiary was listed in London, and as such regulated under local law, and the money raised from the flotation was used to pay a once-off special dividend to US investors, reeling from the Company's share price collapse in the Wall Street Crash.

The win-win solution enabled massive sales and profits growth on one side of the Atlantic, happy investors in New York, and a rather nice career move for Miller himself, who was appointed worldwide President of F.W. Woolworth Co.

As a new decade dawned in 1929, while British 'Woolies' was booming, its American parent was in the doldrums. The share price had been one of the biggest fallers in the Wall Street Crash, notwithstanding a long track record of high dividends. The Board had not followed the competition by introducing fifteen or twenty cent lines like S.S. Kresge, S.H. Kress and J.J. Newberry. Only the stores to the west of the Rockies sold 15 cent goods as they had since the 1900s. The sudden collapse of the stock had left some of the investors close to bankrupt, including the firm's hapless President, Hubert Templeton Parson. Something had to be done.

The Company Treasurer (FD), Byron Miller, who had been one of the founding Directors of its first overseas subsidiary in Great Britain, devised a scheme to put things right. Working with the British MD, William Stephenson, he planned to reduce the American Golden Share of the UK operation from 66% to 52%, and simultaneously to to list the subsidiary publicly in London.

Meticulous preparation work was required on both sides of the Atlantic. Acceptances had to be secured from holders of the existing preference and common shares. New Articles of Association had to be agreed, and a prospectus had to be written. Founder Director Charles Hubbard managed investor relations adeptly, while Miller carried the changes in New York, explaining the merits to the Board and working with the legal team on the detail of how to make the subsidiary 'non-consolidated' and how to permit it to operate under British law, removing the influence of the New York District Court on property matters.

When it came, the listing was oversubscribed. The 14% stake raised enough money to fund an exceptional dividend of 66.7¢ on each 25¢ share in F.W. Woolworth Co.. The payment helped to restore the fortunes of those investors who had retained their shares. It also drove the share price up towards the level before the crash. 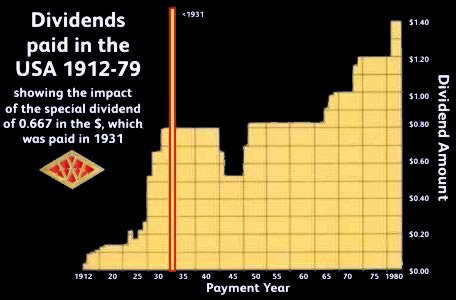 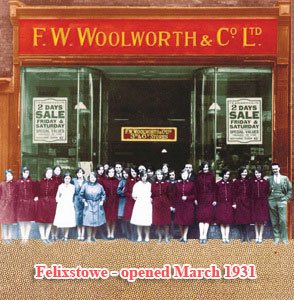 The listing afforded a measure of independence in London. Miller was happy to agree that the parent company would generally not use its seat on the Board or controlling interest to intefere in day-to-day operations. Instead it would support and guide.

Both Miller and Stephenson were rewarded for the success of the scheme. Miller was elected President of F.W. Woolworth Co. on Parson's retirement. Meanwhile investors proposed a vote of thanks to Stephenson for running the company so efficiently, and unanimously elected him Chairman of F.W. Woolworth & Co. Ltd. With only a limited number of shares in circulation the stock price had risen rapidly after listing. Stephenson was able to leverage the popularity of the brand, by gradually increasing the number of shares in circulation during the 1930s and using the money raised to accelerate his programme of mass openings. For every share sold to a new investor, another was given freely to the New York office to maintain its controlling interest.

One of the keys to the success of the listing, was the subsidiary's first sustained advertising campaign. Full pages were booked in the popular press to attract shoppers. Similar content was published in the broadsheets near the financial pages. The canny Directors made a point of targeting those investors who wanted a share of the success but did not necessarily shop the High Street stores! Under the slogan "where sixpence works wonders", the adverts ostensibly announced the opening of new major city centre stores, like a second flagship store in London's fashionable Oxford Street, W1, while also pushing the message "better buy British" and emphasizing the breadth of the Woolworth range. See the full page ad.