Life in the spotlight

As the success of his 5 & 10¢ stores spread, and the new Woolworth Building attracted comment around the world, his family found themselves in the spotlight.

Every action and every dollar spent attracted speculation and comment. The early and suspicious death of his daughter, Edna Hutton, led to an obsession with her daughter, Barbara, who would live her whole life in the public eye, and face 'fake' or exaggerated news in the popular press, which dubbed her the 'poor little rich girl'.

This page offers short biographies of the family members who spent the Woolworth millions but had little day-to-day involvement in the running of the Company.

Frank W. Woolworth married his childhood sweetheart, Jennie Creighton on June 11th,1876. Jennie (left) was Canadian. She provided strong support through the hard times as the Five and Ten empire took shape, and was frequently called on to nurse Frank back to health and stop him from overdoing things. Her sister, Mary Creighton, was the first woman manager of a Woolworth store - a remarkable achievement for the 1880s and her brother was a store manager too.

Jennie said that she preferred the early days when they had little or no money to the life of luxury and opulence the Woolworths enjoyed in later life - not least because the richer he got, the less she seemed to see Frank as he directed his growing empire.

The picture on the left shows the three Woolworth daughters as girls. On the left is Edna, in the centre Helena, while the youngest, Jessie, is on the right. Each was the apple of her father's eye, and the Five and Ten magnate showered them with gifts collected on buying trips around the world.

He was determined that each girl should marry well, reflecting his status as one of the richest men in early twentieth century America, and sets his sights on European royalty! 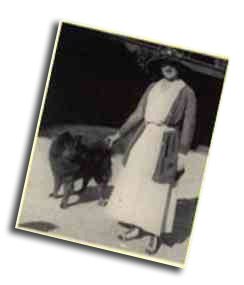 All three Woolworth daughters married wealthy young men, though it was only his grand-daughter Barbara who married a Prince.

Helena married Charles McCann and lived in Long Island. She and her husband spent their inheritance wisely and were pillars and benefactors of the local community. They had three children, a boy and two girls. Jessie married James Donahue and had a son Jimmy. Both husband and son enjoyed the jet set life and died young. Jessie too enjoyed the high life, and collected royal railroad carriages. Both Helena and Jessie were granted Directorships of the American company, but took little daily interest in the running of the firm.

Edna married Franklyn Laws Hutton, an accountant and adviser to her father. By all accounts this was a loveless marriage, which Frank Woolworth did his best to prevent, only warming to the union for a while when his first grand-daughter, Barbara Hutton was born in 1912.

Sadly Edna Hutton committed suicide in 1918, with Barbara finding the body when just six years old. For the next year Barbara spent much of her time in the care of grandpa Frank, living at the opulent Winfield Hall in Long Island, before he too passed on.  Barbara spent much of her childhood away at Boarding School. Her special relationship with her grandfather and the untimely death of her mother meant that Barbara got a double inheritance - and though her father wasn't great at parenting he was a superb investor, meaning that when the rest of the family lost much of their fortune in the Wall Street Crash of 1929, Barbara actually came out much richer.

Her turbulent emotional life played out in the media, intrigued by her immense Woolworth. Thousands of column inches were fuelled by a succession of marraiges to fairytale Princes, Sportsmen and even a film star. Each was soon dashed, with most deteriorating into acromonious divorces. 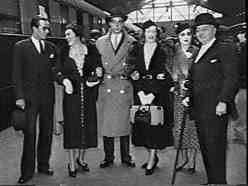 Another husband, Count Kurt Haugwitz Reventhlow. A son, Lance, was born less than a year after the wedding. By then the relationship was failing. 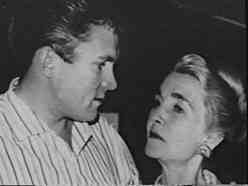 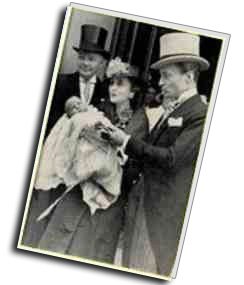 Much has been written of Barbara's profligate life style.  Woolworth staff rarely had a good word for her. Yet to set the record straight, she had nothing whatsoever to do with the Company. Her shares had already been sold before she came of age.

She married seven times and (with the exception of Cary Grant) each husband seemed more interested in her fortune than in her well-being.  No-one had taught her to be a philanthropist so she simply showered money on her friends and acquaintances, and paid millions in fees for investment advice and fund management.  She lived her childhood dream of being a fairy princess, always looking for a Prince. None of her seven husbands really met the standard - Cary Grant came closest, but would insist on going off to make movies! Only he could be rated a true friend.

Barbara had one son, Lance, whom she adored. She was, by all accounts, an excellent mother - supportive but not over-bearing, there when wanted, but willing to step back into the shadows as he got older. Lance used his inheritance to found one of America's most successful motor racing teams of the 1960s. Sadly he was killed in an unrelated aeroplane accident at the young age of 36. His mother was devastated and never truly recovered. Barbara Hutton died in 1979 at the age of 67. Her $500 million dollar inheritance had brought precious little happiness, and was all but used up. Her biography was entitled "Poor Little Rich Girl: the Barbara Hutton Story", and for many years it was possible to buy a DVD which featured a movie telling her life story, without the assistant having a clue as to the connection to the name above the door.

Back to the Biographies Page