Store of the Future

The large Woolworths store in the Hertfordshire town of Hemel Hempstead became the proving ground for the Chief Executive's new strategy. It was the first branch to target 'Debbie', who had been identified as the chain's core customer, with a new merchandise mix and a whole new look.

Many aspects of the refurbishment were specified by a retail brand agency called '10/10', which was adopted as the name of the format itself. Their working assumptions were the CEO's ideas about Debbie, her household income, and the ranges that she would like to buy from the stores.

The schedule to develop the store was aggressive, as there was no plan B. After some refinement the solution was destined to provide the template for almost 200 further refurbishments over the next three years.

To put the new values and strategy into effect, a high powered team of in-house marketeers and designers from an Agency called '10/10' came up with a new look to test in some of the firm's larger stores in the major towns. The limited lead-time left little scope to develop new product ranges in time for the first trial. But, nonetheless, the new layout was a giant leap forward. 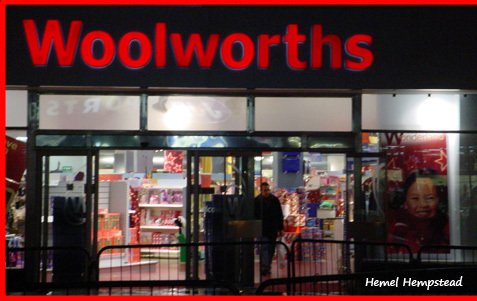 The first new '10/10' in Hertfordshire's Hemel Hempstead was bold and modern when it was revealed in October 2002. At the front, one of the two entrances had been transformed into an illuminated enclosed window. A red neon fascia featured the firm's name in lower case letters for the first time.

The opening attracted a big crowd, who struggled through major roadworks in the street to take a look inside. By the end of the first Saturday's trading most items in the front section of the store had sold out. It seemed the format was winner.

The interior was stylish and distinctive. A red central walkway curved from front to back, crossing a beige cream floor. The counters fanned out diagonally from it in a herringbone pattern.

The fixtures were enhanced with colour keyed panelling to differentiate the ranges. Every few bays on the wall there was a beacon featuring a bold display of the best items from that range. New fixtures had been engineered to display clothing, shoes, pic'n'mix, music and film. The pièces de resistance were two metre (6'6") tall illuminate card racks, with silver uprights and translucent panels, which stood towards the middle of the sales area. 'Celebrations' had arrived and looked spectacular.

To complete the picture, the flourescent lights had been rebated into the ceiling, and supplemented with spotlights to picked out key elements and special lights to simulate daylight above each wall counter.

The main cash desks made particularly clever use of space. They had been squeezed into a zig-zag layout, right at the store front in a space previously kept clear inside a second set of doors. Overall the store was able to accommodate 20% more shelving thanks to such innovations, and to use a queue management system for the first time.

These cosmetic enhancements were only part of the change. The space given to each range had changed radically. Sweet displays were condensed, squeezing the same range into fewer shelves near the store-front. Entertainment kept a quarter of the footprint, but at the back of the store, and included new aspirational ranges like computers, TVs, and a wide selection of mobile phones. The clothing and toy offer was doubled and given pride of place.

In contrast the home department was much smaller. Its range of Home Repair had been severely pruined to make way for 'Home Adornment', with new vases, textiles and knick-knacks eclipsing paint and tools. The Kitchen Shop was supplemented with a bold display of electrical appliances like kettles, toasters and bread makers.

Customer reaction to the new look was generally positive, with the new store showing a sales uplift of more than twenty percent compared with its predecessor. In general comment was more favourable from younger customers than old-age pensioners and from women than men. Most children also preferred the new layout - with one describing the store as a "treasure trove of toys and fun".

The consensus view was that prices were higher as a result of the more luxurious shopfit. This wasn't true - no price had changed directly as a result of the upgrade. The perception resulted from the change in product mix, which included more high price and less bargain lines than before. Cards for example were higher quality, attracting premium prices compared with the previous mid-market range. 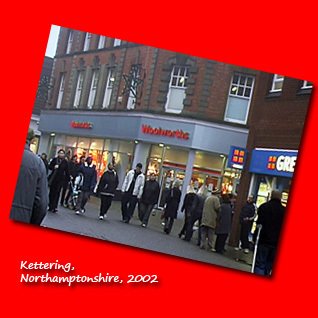 After a guided tour, City Analysts were impressed. They reported that the CEO was onto a winner, and recommended a quick roll-out.

As a result plans were speeded up to convert the similarly-sized store in Kettering, and a smaller one in Market Harborough. 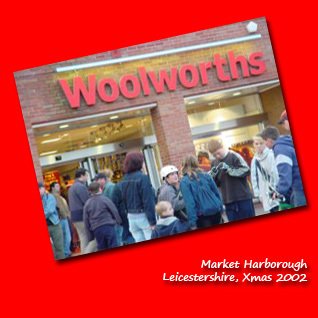 Results in Kettering were even better, combining double digit sales growth with positive customer feedback. But Market Harborough struggled. It emerged that the new look made such a small store feel too congested.

Tall fixtures like the card racks blocked sight-lines, while the dense layout had pinch-points in the front and middle sections of the floor which severely constrained access to the back counters. Analysis determined that the new look was only suitable for a sales area of over 12,000 square feet (1,115m2). Despite their higher profitability, the smaller stores would have to wait. 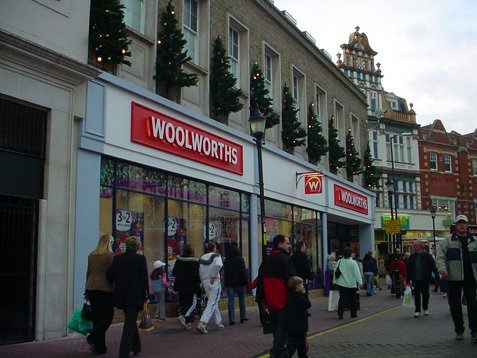 To perfect the formula, three stores in outer London suburbs were tackled during 2003. Two were given cheaper versions of the refit, with store colleagues scrubbing and polishing existing fixtures so they could be re-used, as professionals reinstated the floor and ceiling. The results in both Redhill, Surrey and Uxbridge, Middlesex, were good but not great.

The store in the Market Place at Kingston, South West London was chosen for the acid test. The 22,000 square foot (2,050 m2) sales area was larger than any attempted before. It was gutted, reinstated and refitted with new counters throughout. The Group FD, Christopher Rogers, set stringent financial criteria that had to be met before roll-out could commence. Kingston far exceeded these targets.

The Kingston store looked magnificent on its opening day, which was captured on film. The General Manager Mark Buschhaus and his team glowed with pride as customers surged in to see the miraculous transformation. The whole Board had turned out for the opening. If any needed convincing, they only had to listen to the customers that day. One lady declared 'it's much nicer in here than John Lewis', while the consensus view from shoppers was that the store looked larger and brighter and had much better products than before. Sales rose by 30% and the new mix of products also had significantly higher margins, helping to seal the deal. Between 2004 and 2006 the formula was extended to almost 200 stores - a quarter of the whole estate and almost half of its total selling space in the UK.