During the summer of 2008 the new Woolworths Chairman, Richard North, decided that it was time for the Group's long-serving CEO to move on. Bish-Jones had led the business since its separation from Kingfisher, and seemed to have run out of ideas for the High Street stores. His Kids and Celebrations strategy had moved the chain up-market, and had majored on toys, clothing and entertainment. Each of these markets soon began to face increased competition from the supermarkets, just as pound shops improved their offer of homewares and everyday essentials, attracting former loyal Woolies shoppers with their exceptional value.

For those who understood the brand best, replacing 'TBJ' was already overdue. But for City Analysts it was a worry, and for the bankers who had recently signed an asset-based lending arrangement for the Group's borrowing, it was a betrayal. The man who had sold them the deal by convincing them of his strategy had been despatched, and his successor planned to take a whole new direction.

The timing could not have been worse. Financial markets around the world were in free-fall after the American sub-prime market unravelled. The credit crunch had begun.

Throughout its long history Woolworths had always done well in tough times. Its budget prices and value proposition had counter-intuitively made it more successful when shoppers tigthened their belts. But it had changed, allowing the pound shops to step into that role. The new Board would have to show great skill and determination to avert disaster.

The last days of the British store chain 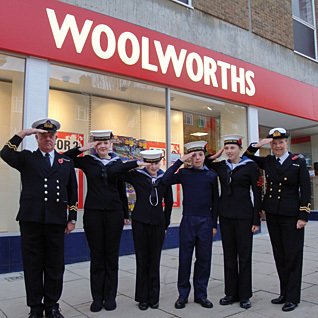 Woolworths staff went into 2008 confident and optimistic. With new WorthIt! ranges generating almost £2m a week of extra, profitable sales, work on a new value-led strategy continued at pace. On 30 October, the a new store opened at Bitterne near Southampton on England's South Coast. As the hundredth year began its sales exceeded expectations.

But behind the scenes the retail world and the wider economy were in turmoil, and Board changes were causing disquiet in the City. The quiet-spoken Chairman, Richard North, had decided to replace his long-serving CEO Trevor Bish-Jones after seven years at the helm. He told reporters the change would herald a new strategy and direction for the retailer.

Ostensibly the Company finances were on a strong footing, after a much heralded Asset-Based Lending deal which few really understood.

Despite declining trading results over an extended period, Bish-Jones had enjoyed a cordial relationship with City pundits, who fashioned him as "the most likeable CEO in British Retail". They believed in his Kids and Celebrations strategy and the move to embrace Multi-Channel Retail. 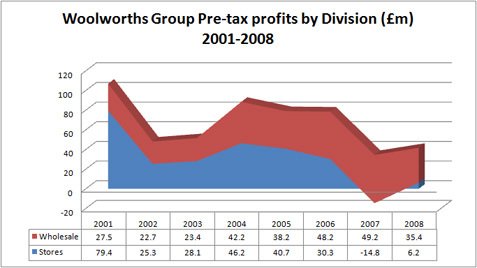 Observers only needed to look at the Group's trading performance to see that North was right that radical action was needed - but were unconvinced by the removal of the CEO.

The figures, drawn from Annual Reports from 2002 to 2008, charting segmented profit before management charges, show that profit from the stores, which exceeded £100m in the Kingfisher days had steadily fallen to the first loss in 95 years in 2007. Music and video publishing and distribution now contributed the lion's share of profits - and even those profits had declined as the Group digested two new acquisitions - Total Home Entertainment and Bertrams Books. 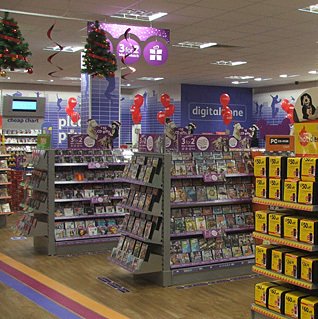 In August 2008 Bish-Jones sent a 'Dear John' email to his 27,000 staff. He asked everyone to embrace big changes under Steve Johnson. The new man, he said, had inherited 'two world class businesses' (2|Entertain and Entertainment UK) and 'the conundrum that is Woolworths'.

Under Bish-Jones the offer of music, video, games and books had grown exponentially. This flew in the face of major changes in the market. Over the same period the UK market for singles and CDs fell as consumers switched to downloads from the Internet. This brought intense price competition. In 1998 Woolworths advertised Albums on CD at prices 'from £14.99'. By 2008 to compete some were priced at £7.97, with margins of only a penny or two.

Until Tony Page launched WorthIt! in 2007, customer numbers in the stores had fallen steadily, from 7 million per week in 2001-2 to just 4½ million in 2006-7. Expressed differently, a thousand fewer people shopped in the High Street stores each day than the last. The Kids and Celebrations formula, seemed more popular with the City than with the clientele. 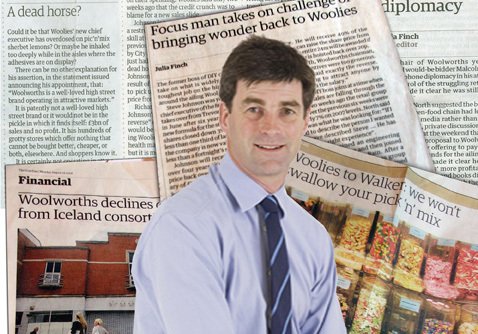 By the time Steve Johnson, a gregarious 44 year-old Yorkshireman, took the helm, a media whispering campaign had grown into a frenzy of speculation. A bid to buy the High Street stores by former Woolworth Trainee turned Iceland supremo Malcolm Walker, had focused attention on their poor profit performance.

Many were surprised that the Group did not accept the £100m offer. The reasons for rejection, it seems, were in the small print. Walker's offer was for the stores unencumbered by debt. Taking account of loans and the pension deficit, effectively this would have meant a £200m+ write-off in the Group's books.

The City speculated that the CEO might repeat a stroke that he had pulled when at the helm of Focus DIY. It was sold to a private equity company for £1. Johnson denied this. 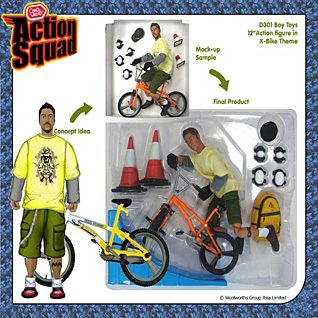 Johnson was blunt. His inaugural address at Head Office was filmed and distributed to the stores on DVD. For many viewers this was the first time that an Executive had acknowledged that there was a problem, albeit one that was 'fixable'. He had clear priorities. Stores urgently needed to clear redundant stocks, ignoring the impact on 'basis margin points' - a City indicator that had been treated like the Holy Grail under his predecessor.

The Board was finalising a new strategy and business plan for the Group, driving recovery over a three year period. It met daily to complete the task.

Throughout the first half of 2008 store trading was buoyant. The gloomy economic scene across the UK, which saw big-name retailers recording double-digit sales decline, was less pronounced in Woolies stores, where sales were only a point or two down on the previous year. A series of sales promotions like 3 for 2 on toys kept customers loyal.

Behind the scenes plans were laid for celebrations and merchandise to mark the firm's hundredth anniversary in the UK in November 2009. 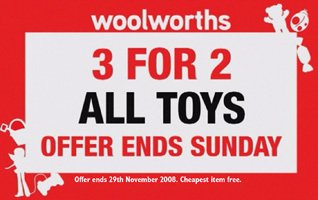 A 3 for 2 promotion on toys in November 2008 was a big hit. The measure was initially intended to generate cash, but proved a powerful sales tool too. Behind the scenes there was a secret crisis. The lenders did not accept the new business plan or the CEO's plan to sell the High Street stores to a private equity group. It seemed that, despite denials, Johnson had been brokering a deal to sell Woolies and its debts for £1 to the restructuring giant, Hilco. The Group would then be free to maximize its Wholesale Division. When the news broke more than 5,000 shoppers called in, offering to buy their favourite retailer for a pound! Despite a week's negotiations the banks and their representatives were not prepared to accept the proposed 'rescue' deal, instead forcing Administration. 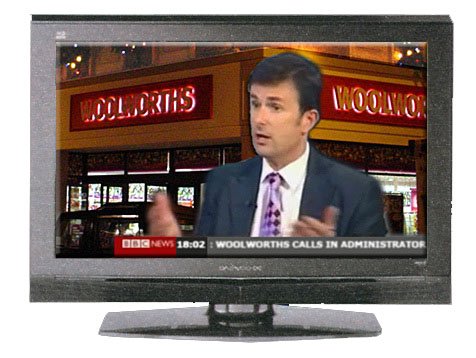 Staff heard the news not from the Company but on the BBC Six O'Clock News. Business Editor Robert Peston said Woolworths was a victim of the credit crunch. Although the firm had been struggling for some time, the failure had happened quickly, and would probably be the first of many. He feared for more than 20,000 staff at Woolies and EUK.

Some of the Directors, who were due to attend an emergency meeting with the CEO at 6pm (at which he had hoped to report a reprieve from the Banks), got the sad news in a Peston web-page, which the BBC published at 5,40pm.

The following day staff were reassured that Administration did not mean the end - it would allow a breathing space to find a buyer and get sorted out. 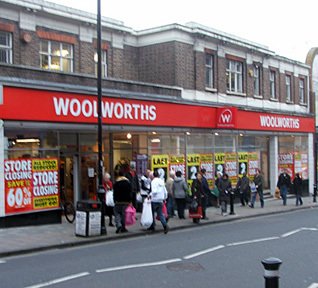 Leading Financial Services Company Deloitte LLP, who had been representing the Asset-Based Lenders' interests prior to the collapse, were chosen as the Administrator, backed by retail experts from Hilco, who had been negotiating to buy the High Street stores.

Intervention from Government Ministers led to assurances that store staff jobs would remain safe until after Christmas, but within a week more than 500 office and field-based managers were dismissed without notice and told to claim statutory redundancy pay from the Insolvency Service.

The same day a huge clearance event, billed as 'our largest sale in 100 years' was launched. Commentators noted that it was a closing down sale in all but name. The public reaction was astounding. It seemed that the whole nation went to Woolworths for one last look, stripping the shelves of own-label products and quickly leaving the stores running on empty. 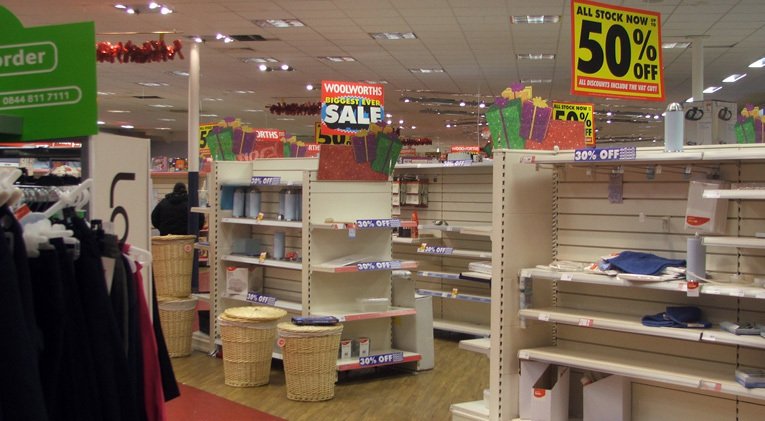 Within two weeks of the Administration beginning, and despite talks with a number of parties and considerable speculation about a buy-out by television dragon Theo Paphitis or former Kingfisher supremo Sir Geoffrey Mulcahy, Deloitte concluded that a sale was unlikely and that they should plan for an orderly exit. All products were cut in price. Store Managers were told to liquidate everything, putting fixtures and fittings, staffroom furniture and store supplies up for sale. They were given targets of revenue to generate from such clearance and offered commission on any money raised above the minimum. Some approached the task with zeal, others could not bring themselves to sell off the firm's precious assets at well under their book value. The sale of fixtures largely put paid to any rescue as a going concern. A week before Christmas the Administrator published a closure schedule, with stores closing in four waves from 27 December to 5 January 2009 (later extended by a single day). 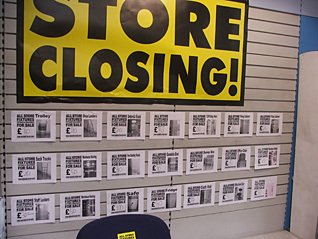 Just two days after Christmas, the first tranche of 200 stores closed. The final days were chaotic, with local tradespeople removing fixtures and fittings and the stores selling the last handful of products at sixpenny prices. Store colleagues faced the end with great dignity and decorum. Some of the younger staff were bemused by the depth of feeling from customers - the tangible sadness of some and the insensitivity of others. Many staff defiantly wore fancy dress for the final day, performing songs for customers before counting the shutters down for the last time. 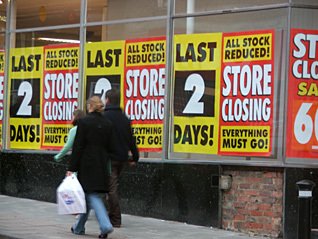 The final wave of stores were given a one day reprieve, finally closing on 6 January 2009 - 10 months short of the much vaunted 100th Birthday at the heart of the High Street. As four o'clock came around and shutters came down for the last time it seemed that the iconic brand had vanished from the British Retail scene - consigned to the pages of a Museum. 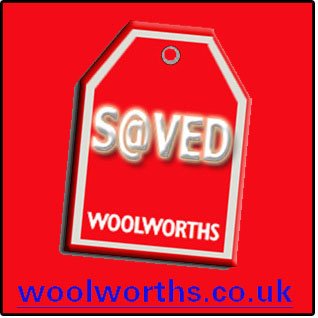 About a fortnight after the final wave of colleagues headed for Job Centre Plus, Deloitte stunned observers by announcing that the brand had been saved. They had already sold the Chad Valley toys name to Home Retail Group, the parent company of Argos and Homebase. Now, they had sold both the Ladybird and Woolworths brands. Shop Direct Group had already successfully taken Littlewoods on line, and had established an enviable array of Internet brands. Now they planned to turn their magic to Woolies.

Within days more than half a million people had registered with the new woolworths.co.uk - long before it was ready to re-open. As the iconic brand entered its centenary year it was once again based in Liverpool, with big plans, a dynamic and imaginative management and an ultra-low cost base. Woolworths had come full circle and was ready to embark on the next chapter, revitalised and with high hopes and expectations, heading for a second century every bit as exciting as the first. Sadly it wasn't to last. After a period on-line Shop Direct undertook a strategic review and decided to retire the brand, directing shoppers instead to its popular very.co.uk brand.

Woolworth was a great brand. The renaissance under private equity in Germany shows that it still has plenty of potential. The Woolworths Museum hopes that one day someone will show the same imagination and commercial acumen in the UK and in North America. 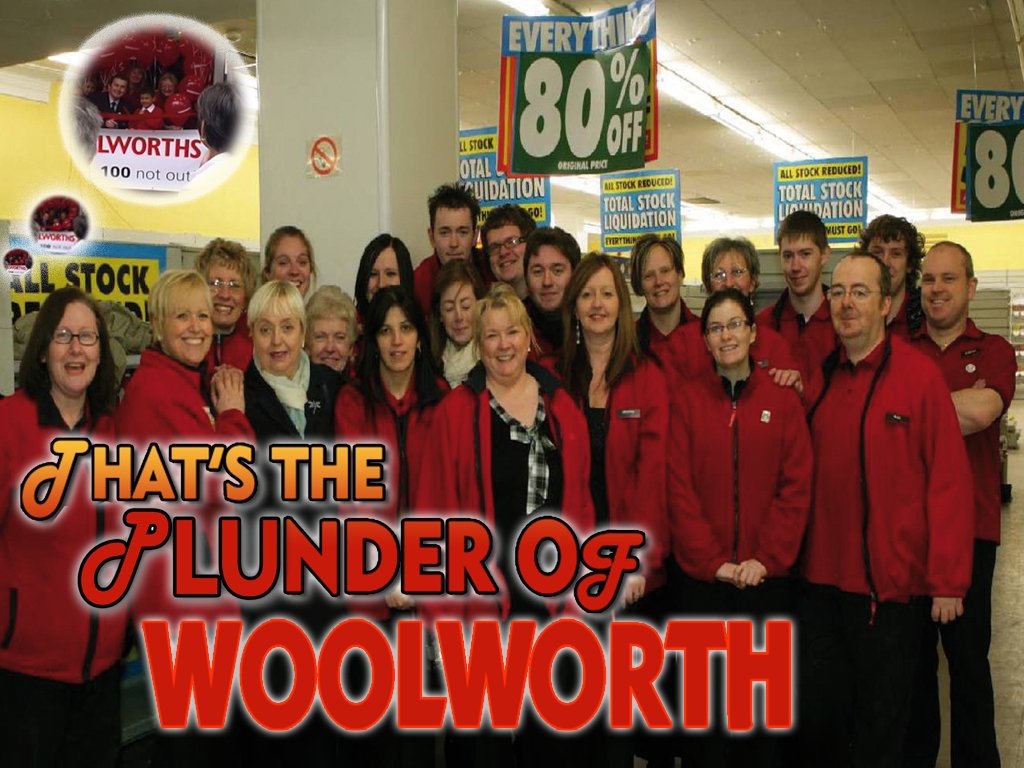