The American Company received a spectacularly unwelcome gift as it prepared to celebrate 100 years in Main Street in 1979.

The much smaller company Brascan Ltd of Canada launched an unexpected assault. It highlighted Woolworth's low returns and failing strategy.

In the ensuing bid battle F.W. Woolworth Co. made promises about the future which suggest that they were spectacularly out of touch with their own balance sheet and prospects for the 1980s and beyond. 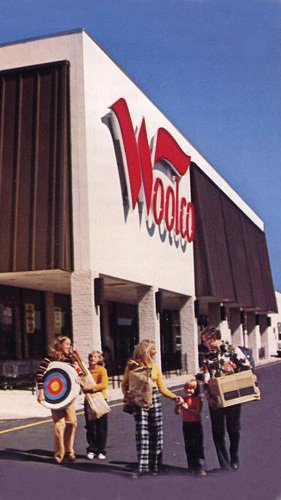 On 9 April 1979 the American parent company was shocked to the core. Out of the blue a much smaller Canadian company, Brascan Ltd, launched a hostile takeover bid for the whole enterprise. Had it succeeded they would have taken control of 4,593 stores, including 1,458 F.W. Woolworth branches in the USA, 212 in Canada, 197 in Germany, 24 in Mexico and 8 in Spain, as well as 383 Woolcos, 2,035 Kinney Shoe outlets and 276 Richman Brothers stores in North America. They would also taken control of the British company's 1,026 stores, thanks to their 52.7% share.

Brascan was rather like a modern venture capital company. It bought and restructured businesses, mainly in the energy and property sectors. It was only about a quarter of the size of Woolworth, and intended to borrow to finance the $35-a-share bid. In hindsight it is believed that the bid was a clever distraction to help Brascan save itself from a predator. 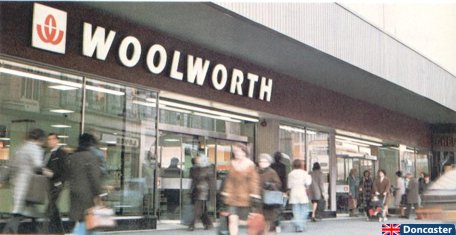 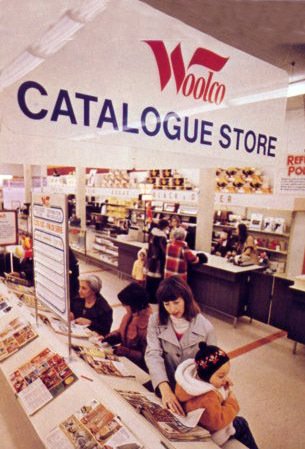 Brascan owned a number of Latin American energy generating businesses. It had recently sold a Brazilian asset, making it cash rich, but had declined to sell its other interests to a rival. Edper Associates was keen to acquire those businesses, which would have complemented their own. Rumours circulated that Edper was planning a bid for Brascan. The daring move on Woolworth proved too much for Edper.

Brascan's Woolworth bid highlighted low and declining returns from the retail giant since World War II, suggesting that the management was weak and had been outflanked by rivals like S.S. Kresge. The Canadian bidder argued that annual turnover of $6.1 billion should generate profits of much more than the $130m that the Woolworth management had achieved. They also highlight the fact that the bid offered a significant premium over the prevailing share price when it was made. 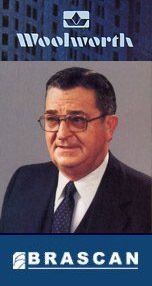 Edward F. Gibbons, the Chairman and CEO of F. W. Woolworth Co., (left) announced that his Board had unanimously rejected the bid.

In an angry statement he declared that the bid was "grossly inadequate" and said that Woolworth would be contesting the bid not just with investors but also through the Courts. Woolworth alleged that Brascan had used industrial espionage to gain access to privileged information. The retailer's legal team argued that the bid was compromised because the Canadian Imperial Bank of Commerce was a major Woolworth creditor and had seen the firm's strategy and projections, and had also agreed to fund Brascan's hostile bid. Gibbons copied the bidder by launching a hostile bid for a drugstore chain, Revco, as the skirmish continued. 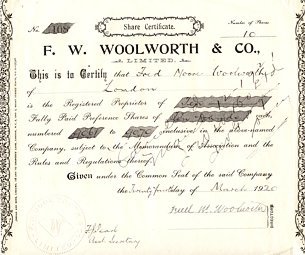 Woolworth won the day. Its PR said it had simply effected a longstanding contingency plan. But the reality was different. The Corporation came within a whisker of changing hands, and was saved by its Attorneys. Today Venture Capital companies often take big public companies private for recovery, and Company Directors are legally compelled to "maximise shareholder value", preventing rejection of generous offers just because they do not want to sell. They are obliged to consider the long term interests of their investors.

Looking back on the battle from today's perspective, it is hard to believe that the Board did not know that the Company was going to face a huge cash shortfall when the bonds it had issued to finance the openings and acquisitions of the 1960s fell due for redemption in 1982/3. Within four years of the battle every American Woolco had closed. Many of its buildings went unsold and were left to rot. The controlling interest in the British chain was sold cheaply in 1982, with its book value written down. Within ten years half of the North American five-and-tens had gone and within 18 years the Woolworth name had disappeared in North America and, of all the acquisitions, only the Athletic Shoe Brand, Footlocker, survived. So was the Brascan offer really "grossly inadequate"?