This is the story of the American Chief Executive Officer who chose to rain on his British subsidiary's 50th birthday parade. It is a shame that no-one listened to what he had to say.

A warning call from the USA 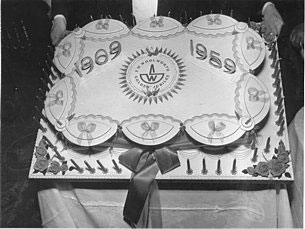 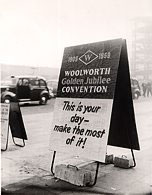 As part of the British Golden Jubilee Celebrations all Managers, past and present, were invited to a Convention in London, consisting of a conference at the Royal Festival Hall on the South Bank of the River Thames, followed by a Banquet at the Dorchester Hotel in Park Lane in fashionable Mayfair, W1.

Selected managers from the Commonwealth and North America were flown in specially for the event, which took place on 2 March 1959.

Before the Convention, Store Managers were invited to submit questions for the Board, which would be answered on the day.  As it turned out many of these were about the American Parent Company and what was going on in the USA.

Like distant cousins, the British and American companies enjoyed a cordial but arm's-length relationship. For historical reasons the American company owned 52.7% of the British shares, but more than twenty five years earlier the Chairman of the time had observed that the child had outgrown its parent. By 1934 It had grown faster, captured a larger market share and generated more profit per store.

During the Convention, the British Directors highlighted a number of design and range ideas that they had drawn from their Stateside visits, and spoke warmly of the experience. But they also accentuated the differences between the trading conditions on either side of the Atlantic and the commercial response required from the red-front stores. Executives were luke warm when one Store Manager suggested job-swaps between the organisations, which they did not feel would generate sufficient return. Instead they advised their team to make hay while the sun shone, taking advantage of the new fixtures, products and the planned barage of advertising that would accompany the Golden Jubilee celebrations. 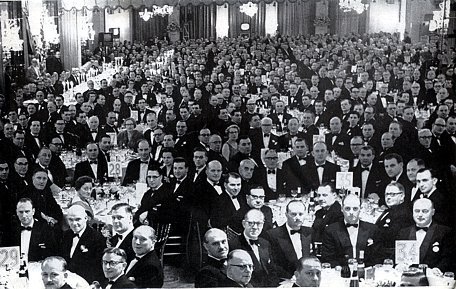 The main convention was a British-led affair. The presentations celebrated the fifty year history and shared the local vision for the future, including new products, display techniques and much larger stores.

In the evening, after a banquet at the Dorchester Hotel, the American CEO, Robert C. Kirkwood, had been invited as the keynote speaker. He followed Sir David Eccles, PC MP, the President of the British Board of Trade. Kirkwood had overseen a revival of the parent company's fortunes. A Company man, he had invested to modernise the brand, drawing on a lifetime's experience at Woolworth's, and had earned respect and admiration internationally. 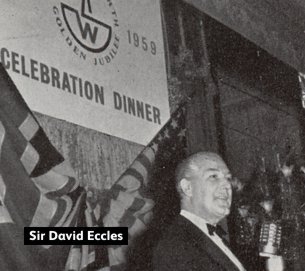 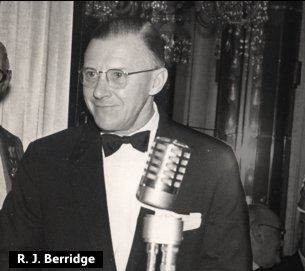 Sir David Eccles (left), President of the Board of Trade, praised both the Woolworth formula and its contribution to British economy.

The UK Chairman, Reginald Berridge (right), thanked Sir David and introduced Robert C. Kirkwood. As the American boss stepped up to speak he was warmly applauded. 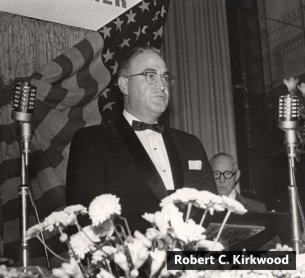 After congratulating the British Company on their Golden Jubilee and expressing his admiration for the British Board, Kirkwood went on to talk about the future.

"It has been aptly said that past is prologue.  In that regard I believe you are well fortified by experience and a well trained, loyal organisation to cope with the problems which I fear are already beginning to confront you folks in the British Isles, the same as we have been confronted with them in the United States." 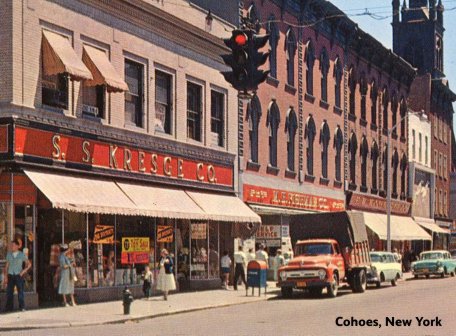 "Ideas, shopping habits, business standards and practices are constantly being altered.  In our own Company in America the changes have been violent during the past few years, and their impact on profits, tremendous.  Competition of a sort that was practically unheard of ten years ago, has become formidable."

"It has made tremendous inroads into our business, particularly in what we have always regarded as our bread-and-butter lines - to such an extent,in fact, that we have been forced to reduce our gross margin of profit in an attempt to cope successfully with this competition.  Today it is the firm policy of the American Company not to be undersold by competition on any comparable item." 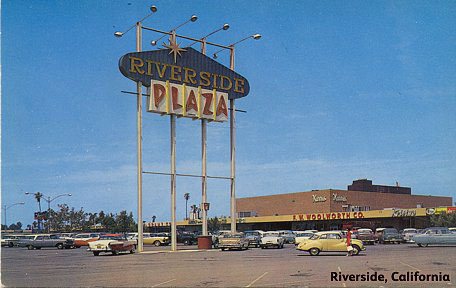 "This ... has necessitated ... many innovations. For instance in the ten year period, 1947 through 1957, we spent approximately $320,000,000 for capital improvements in our stores.  We have established hundreds of stores in what we in the United States refer to as shopping center locations.  Our self-service operation covers almost 50% of the stores." 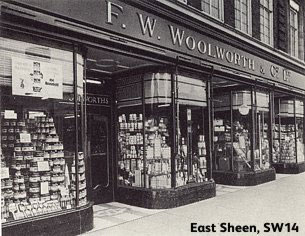 "We are sometimes reluctant to disturb the present successful status of things until competition forces us to do so.  Unfortunately, more often than not, it is then too late.  I therefore urge you most earnestly ... to take, whenever necessary, the action that seems indicated.  In that way you will continue to preserve the healthy condition of your Company, and when your first seventy-five years are reviewed, the historians will be able to say, as we do today - the results are truly amazing."

His speech was heard in complete silence.  There was no applause.  "How dare some Yank come to Britain and tell us how to run Woolworths?" they muttered.  "Who paid for all that change in the USA? I'll tell you, we did, with the Americans milking us for more than half of our profit!" Nothing changed.  Stores were not relocated and the move to self-service was painfully slow.

...And in 1982, two years before the 75th birthday that Kirkwood mentioned, Paternoster Stores (later known as Kingfisher) bought "the moribund" F. W. Woolworth and Co. Ltd. for a song, against the advice of City analysts - and within two years had sold 250 freehold stores at a huge profit and invested the cash to expand B&Q and to buy Comet.

But no-one likes a party-pooper, especially an American one at a British celebration dinner.  And it's very easy to be wise after the event.