This page tells the story of the hope and aspiration that saw America land men on the moon, and that finally allowed a white man and a black man to sit side-by-side and enjoy a coffee at Woolworth's.

The American Woolworth chain went into the 1960s with big plans. The Company was in the middle of a major change programme to upgrade both its merchandise and its real estate portfolio. History has cast the Sixties as a decade of hope and aspiration, of fashion, style and personal discovery. But there was a darker side too. One of the major flashpoints was the sleepy southern town of Greensboro, North Carolina. Woolworth's became the battleground for a defining moment in United States history, watching on as the story unfolded. 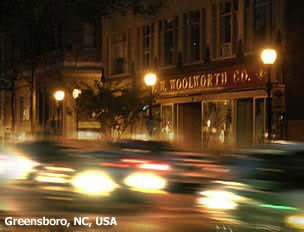 Greensboro had a lunch counter, like most US Woolworth's. It served hot and cold drinks, meals and ice-cream all day. In keeping with local convention service was only for white customers. African-Americans were excluded.

On February 1, 1960 four African-American students, David Richmond, Joseph McNeil, Franklin McCain and Ezell J. Blair (now known as Jibreel Kazaan), all students at the all-black North Carolina Agricultural and Technical College, asked for service at the counter. The Woolworth Associate followed her training and declined, but did allow them to sit down. The Store Manager, Frank 'Curly' Harris, asked them to move but chose not to have them forcibly removed or to report them for trespass. Instead he sought advice from his bosses.

Over time the number of protestors grew. A cat-and-mouse game developed with the Store Manager, who appeared more concerned about a sales loss of $6,000 than the politics, and a local white faction which was determined to put an end to the protest.

The sit-in was peaceful, as the students followed the principles promoted by Martin Luther-King. The Store Manager was similarly cautious.

A local merchant, Ralph Johns, helped the students to compose a short letter to the Woolworth President, Robert C. Kirkwood, including the following: 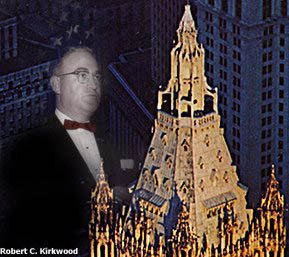 We the undersigned are students at the Negro college in the city of Greensboro. Time and time again we have gone into Woolworth stores in Greensboro. We have bought thousands of items at the hundreds of counters in your stores. Our money was accepted without rancor or discrimination, and with politeness towards us, when at a long counter just three feet away our money is not acceptable because of the colour of our skins......

We are asking your company to take a firm stand to eliminate discrimination. We firmly believe that God will give you courage and guidance in solving the problem.

This presented a quandary. Speaking later, after a solution had been found, at his Annual General Meeting in Watertown, New York, Kirkwood explained that despite the corporation's scale, no company could influence the deep-rooted convictions of the people of the Southern States.

The stance was honourable. In fact he had quickly freed the local manager to desegregate the lunch counter. But Harris had chosen to delay action until the vacation season, in an attempt to take the heat out of the situation.

In July 1960, three African-Americans were served at the lunch counter. With minimal publicity Frank Harris served three Negro members of his store staff before opening the counter to all.

Company celebrations were short-lived. The Manager at the nearby branch in Winston-Salem, North Carolina resigned rather than serve Negro customers and was promptly replaced. In both towns the situation was quickly calmed, and, as the Greensboro Times reported, when the first Negroes were served "They came as individuals and they were served as individuals. The sky did not fall." 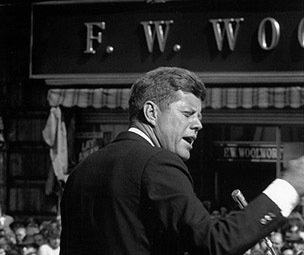 In Washington DC President John F. Kennedy was also looking to the sky. JFK's race was for space. He planned to steal back the lead from the Russians and ensure that America was the first to land a man on the moon.

Behind the scenes the project drew heavily on the experience of Wehrner Von Braun, the German aristocrat and rocket-scientist who had built Vengeance Weapons with such devastating effect towards the end of World War II.

In a speech to students on 12 September 1962, Kennedy declared:

But if I were to say, my fellow citizens, that we shall send to the moon, 240,000 miles away from the control station in Houston, a giant rocket more than 300 feet tall, the length of this football field, made of new metal alloys, some of which have not yet been invented, capable of standing heat and stresses several times more than have ever been experienced, fitted together with a precision better than the finest watch, carrying all the equipment needed for propulsion, guidance, control, communications, food and survival, on an untried mission, to an unknown celestial body, and then return it safely to earth, re-entering the atmosphere at speeds of over 25,000 miles per hour, causing heat about half that of the temperature of the sun--almost as hot as it is here today--and do all this, and do it right, and do it first before this decade is out--then we must be bold.

Well, space is there, and we're going to climb it, and the moon and the planets are there, and new hopes for knowledge and peace are there. And, therefore, as we set sail we ask God's blessing on the most hazardous and dangerous and greatest adventure on which man has ever embarked.

Sadly JFK did not live to see his vision become a reality, falling victim to a sniper's bullet the following year. But the target was achieved, and Neil Armstrong and Buzz Aldrin took "one small step for man, one giant leap for mankind" on 20 July 1969, five months before the deadline set by the President.

While all the preparation work for the moon landings was underway, both the British and North American Woolworth stores were quick to stock a full range of models of the craft. The Saturn V model and separate landing module were the must-have toys for every self-respecting boy at Christmas 1969!

In some ways the rights and wrongs of planning to send men to the moon while negro and white men couldn't share a lunch counter in your own back yard seems surreal. So does using rocket designs invented to bomb London in World War II. But Kennedy's dream was realised. The programme was widely acknowledged as "the best of our energies and skills".

Today when the doors at your supermarket open automatically, or as you read this page on your PC via satellite and broadband, remember Michael Collins at the controls of Apollo 11 and the pilots, ground crew and boffins at NASA. And reflect on the words that Fred Borman, the astronaut aboard Apollo 10, chose for a broadcast back to earth as he orbited the moon on Christmas Day 1968:

"Give us oh God the vision that can see Thy love in the world despite human failure.
Give us the faith to trust Thy goodness in spite of our ignorance and weakness.
Give us the knowledge that we may continue to pray with understanding hearts,
and show us what each one of us can do to set forth the coming of the day of universal peace." 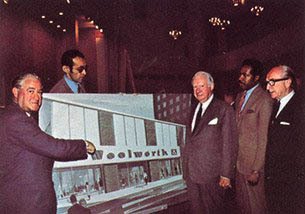 By way of a footnote, by 1970 Kirkwood had become Chairman of a diversified chain of more than 5,400 stores across the globe. He had taken on debt to acquire Richman Brothers and Kinney Shoes, and to open over 100 US Woolcos, with 50 more in Canada and 6 in the UK.

Lessons had been learned from Greensboro. The town now had its own Woolco at Greenbriar Mall and its Red Grill welcomed everyone. Moreover Kirkwood had devised a scheme to hand the freeholds of some inner city stores to local communities. The gesture showed commitment to reducing poverty in deprived areas, and sought neighbours' help to tackle vandalism and petty crime. In June 1969 the Harlem branch became the first community-based store at a ceremony to mark the 5&10¢'s 90th birthday.

We would like to acknowledge the excellent research undertaken by Karen Plunkett-Powell, author of "Remembering Woolworth's: A Nostalgic History of the World's Most Famous Five-and-Dime" (ISBN 0-312-20670-4), into the circumstances surrounding the Greensboro sit-ins. Her fascinating book, which gives lots of insight into the American Company, remains in print and is well worth the cover price of $27.95.