After the success of the early British stores, the Woolworth Board planned a very rapid programme of store openings. This placed a huge demand on the in-house teams of architects and builders.

The District Office-based teams had to find skilled new recruits and forge partnerships with estate agents, real estate and development companies to establish a simple repeatable formula which would allow them to find appropriate sites, build stores quickly and cheaply, while also adapting and enlarging the existing buildings. As Kathryn Morrison has observed in her excellent book Woolworth's: 100 years in the High Street, these property partnerships didn't simply roll out plain and boring buildings; they worked to create elegant designs that would complement the streetscape, with many hidden features to give them a distinct identity.

The pre-war Construction Teams found economies of scale to construct the stores quickly and cheaply, and to give them a uniform appearance inside, and despite bonuses for achieving or exceeding the targeted opening dates, still found time for the finishing touches. These heroes' work went largely un-noticed, yet they were the engine that built Woolworths and left a lasting legacy throughout the United Kingdom and Republic of Ireland which is still easily recognisable today.

We are proud to celebrate the builders on this page.

In praise of the Property Department 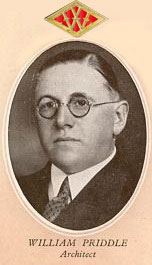 In 1923 the Board set a new challenge, which the Property and Construction teams had to bring to life. They had to juggle three priorities:

The work was led by the Company Architect, William Priddle. He was supported by two regional Heads of Construction, B. C. Donaldson in the North and A.Barton in the South. All three men excelled.

Priddle came up with a simple, repeatable design for a standard store, and individual drawings and architect's plans for special locations like Liverpool Church Street (illustrated above). The Construction team was expected to get basic stores open in under seven weeks and to develop major sites like Liverpool in under six months. 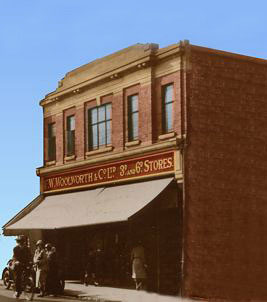 Priddle developed a Woolworth-standard store in the early 1920s (right). It had a distinctive stone-effect parapet at roof-level and surrounding the fascia board above the main entrance. It also had symmetrical windows at first-floor level, and could be built from red, orange or yellow bricks. The crimson name sign had distinctive gold lettering.

Thanks to the skilled materials acquisition and bulk buying of Louis Denempont (who also chose many of the locations), the Construction Team could build a store from scratch in seven weeks. The total construction cost was under £4,000, including the mahogany counters, tills and the fitting of the ancillary accommodation. 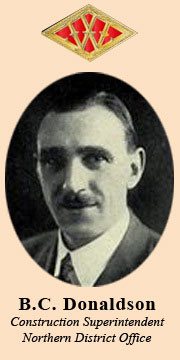 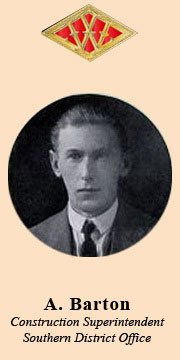 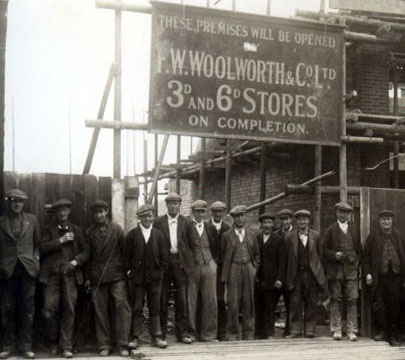 The steps involved in opening a store were:

A Woolworth craftsman was appointed Site Manager and would oversee every detail of the work. He would control the bricklaying, plumbing, wiring and shopfitting. The construction teams were legendary in the industry. Each group was self-contained and had a full spectrum of highly skilled people. Workers received bonuses if they completed a store on or ahead of time. To receive the maximum payment they had to work in all weathers, at lightening speed. Arc lights were used to allow work to continue late into the night. The Site Manager had the option to top-up his team with local builders if he felt this was necessary.

It is a tribute to the pride that Priddle, Donaldson, Barton and their teams put into their work that the great majority of the stores they built are still standing. Although many are now occupied by new tenants, the distinctive look has survived. 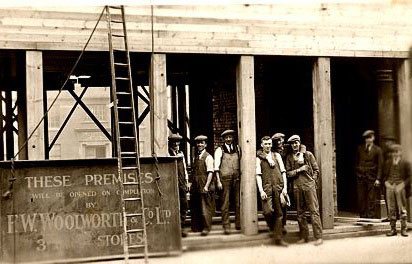 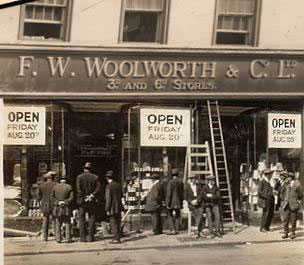 You can see the finished results from the plans at the top of this page, by visiting our new stores for old feature here in the 1920s Gallery of the Woolworths Museum