Early in 1914 the Woolworth Board had set a target to open 100 stores by the end of the decade. Months later the world went to war, and the plan had to be scaled back. Even as the fighting continued they still managed to open thirty one further outlets, and as the new decade began there were already ninety-two Woolworth stores in Britain and Ireland.

On 31 July 1921 a major milestone was reached as the hundredth store opened its doors in Mansfield, Nottinghamshire. But far from allowing their construction personnel to relax, Executives set a far more stretching target, demanding a further 300 stores over the ten years to follow. In parallel they wanted many of the first hundred to be extended or relocated to larger premises.

Despite the scale of the challenge, the 400th Woolies joined the chain in Chapel Street, Southport on 12 July 1930, a year ahead of target.

This page celebrates the diverse architectural styles of some of the larger branches which were completed in the Roaring Twenties, and the skill, sweat and determination that brought them to the High Street.

A new store every seventeen days

Every day during the 1920s nomination letters were received at Woolworth's headquarters in London, suggesting a town where the chain should open. Company bosses were keen to oblige and accelerated their expansion plans. They set ambitious targets for their teams of Construction Workers and paid generous bonus if they were achieved.

Like a well-oiled machine, the in-house gangs of bricklayers, plasterers, carpenters, plumbers, electricians, painters and shopfitters could transform a brown-field site into a new F. W. Woolworth store in under seven weeks. Most builds followed the same basic design, adapted to suit the site. But sometimes the Architects expected something altogether more elaborate, to blend in with the streetscapes of historic towns and cities. On this page we show some of the finer stores opened during the Roaring Twenties. 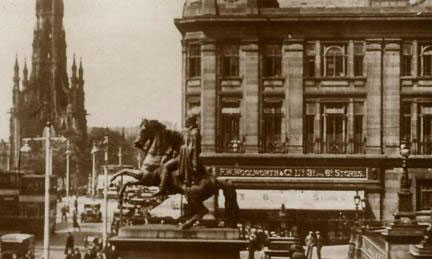 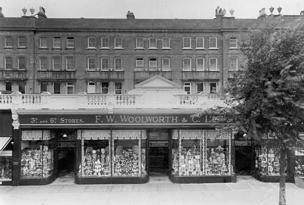 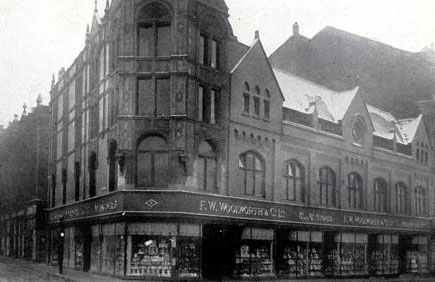 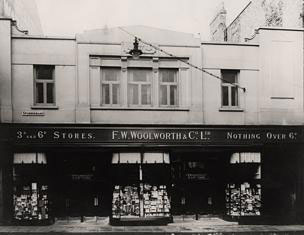 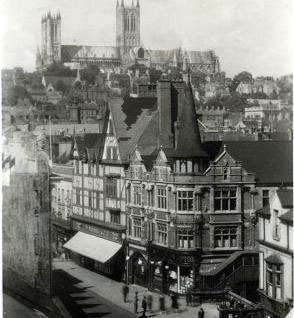 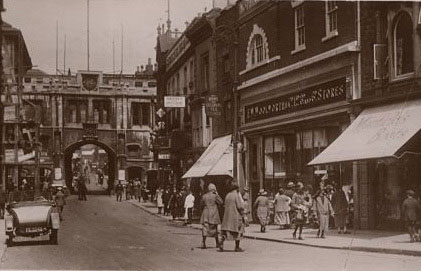 <^ The property team had to adapt the standard store styling to secure
permission to build in the historic City of Lincoln (No. 156, 1924)

The premier 1920s stores were finished in portland stone. Their ornate look weas nicknamed the "cinema front". Shown are the team from Weymouth, Dorset in 1923, and the popular West London branch in Kensington High Street on its opening day in 1924. 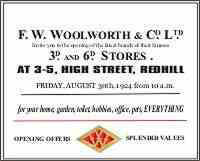 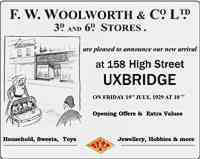 Each store opening was spectacular. The celebrations featured an orchestra or a marching band, fireworks and even circus performers. Most storefronts were draped with flags and bunting to add to the razzamatazz. Bosses knew that a big launch would draw a huge crowd, and that many of the day's visitors would later add a trip to the new FWW to their regular shopping habits.

There were extra bargains specially for the opening day. The goal was to supply enough stock to last through until the end of the first weekend of trading. Among the favourite 'specials' in the Twenties were large enamel or stainless steel bath tubs, preserving pans for jam-making or nine carat genuine gold rings. Each was offered for sixpence. Customers were only allowed one each. There was also a special selection of sweets for a penny. Free miniature music postcards promoting the record department were another favourite.