The mass-produced Supermarine Spitfire played a pivotal role in preventing a Nazi invasion and occupation of the British Isles, and helped turn the course of world history.

At the outbreak of war, many groups and Companies set to work raising funds to buy Spitfires for the Royal Air Force, but few could match the contribution made by the staff and Directors of F.W. Woolworth.

Employees volunteered to contribute sixpence a week from their meagre salaries to buy a "Woolworth Spitfire". Members of the Board were so impressed by their people that the Directors personally offered to match their people pound for pound. Several Board members were American, at a time when their country of birth was neutral. They had already defied headquarters in New York by refusing to return home, and were unwillingly to be "scrupulously neutral" as US law required.

Soon enough money had been raised for the staff to buy a Spitfire and for their Board to match them with another.

But the Company's contribution went much further. Its founding Chairman had answered the nation's call to head Aircraft Production for the Air Ministry, and had set up twenty of his most trusted store managers to help him achieve that goal, and resolved to encourage other companies the example that his staff had set. 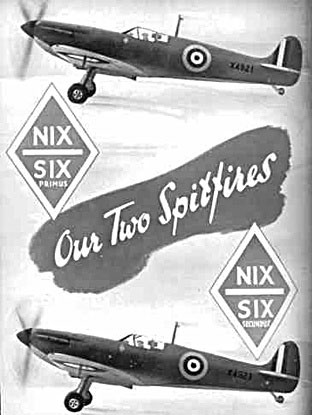 At the height of the Battle of Britain, store staff were keen to do their bit to support the war effort. They raised money for orphanages to supplement donations made by the Woolworth Directors in London and New York. Many also gave their time, volunteering a special constables, ARP wardens or firefighters in the Auxiliary Fire Service. Others became Auxiliary Nurses or joined the Women's Voluntary Service. But they wanted to do more.

A deputation asked the Board to arrange for staff to donate each week from their pay packets to buy a Spitfire for the RAF. The Directors admired their spirit and offered to match them pound for pound. So many staff joined the scheme that it was agreed that the stores would buy a plane of their own and the Directors would buy a second one.

Within weeks the Stores, District Offices and staff at Executive Office in Mayfair had given £4,933. The Directors wrote personal cheques totalling £5,067. The total of £10,000 was sufficient to buy the two Spitfires. The Chairman, William Stephenson, who had been headhunted by the Government to head Aircraft Production for the Air Ministry, passed on the payment and a letter from his Managing Director, Louis Denempont, to his boss, Lord Beaverbook. The Candadian press baron wrote back as follows:

You send me on behalf of your Company and the employees in your Stores and Offices, a gift which is inspiring proof of your faith in victory and your determination to achieve it.

I am immensely grateful. You bring me encouragement and inspiration in my task, and you pay tribute to the gallantry of our airmen. Your "Spitfires" shall certainly bear the emblem you desire.

And in the triumphs which they will win in defence of our homes and liberties your Company and employees will have their share.

On 11 December 1940 the Company was officially informed by the Ministry of Aircraft Production that the transfers Nix/Six Primus and Nix/Six Secundus had been affixed to the planes, which would shortly take to the skies and begin defending the Realm from the Luftwaffe. The names were dog Latin versions of the chain's long-time mantra, translating as 'Nothing over Sixpence the first' and 'Nothing over Sixpence the second'. The Nix over Six slogan had first been used by a Motor Club set up by Store Managers back in the 1920s. 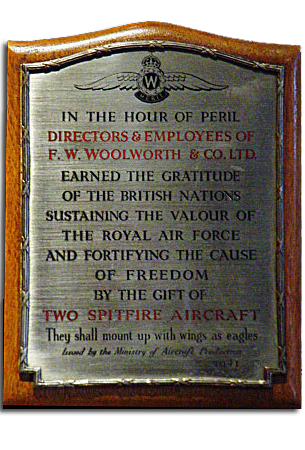 A few weeks later an unexpected gift arived at the retailer's New Bond Street headquarters. The Ministry had sent a commemorative shield, which acknowledged the staff's contribution to the war effort. A special edition of the house magazine The New Bond  shared the good news with every employee, including those serving in H. M. Forces. It also featured the first of a series of names and pictures of the employees who had answered the nation's call, as well as a little news of progress in Blightey. Some servicemen had written in with news from the front.

The back cover featured an official photograph of the planes, which we have reproduced at the top of this web page, while the message from Lord Beaverbrook was printed on the inside front cover.

The editorial asked those who were serving in the RAF to keep an eye out for the planes and to take good care of them. Back on the home front everyone slept just a little easier in the knowledge that their planes were in the sky, keeping them safe at night. Many also said a prayer for the men who were away. The airmen were the true heroes. The Prime Minister, Winston Churchill, later said "Never in the field of human conflict has so much been owed by so many to so few." Somehow, against the odds, they persuaded Hitler not to invade after all.

The legend lives on...

During World War II the life expectancy of planes was only a few months. When we originally wrote this page we thought that would be the end of the story. But thanks to our site visitors and the power of new technology, there's more - much more.

Seventy year later, a twenty-first century parliamentary answer from the Chancellor of the Exchequer, the Right Hon. Gordon Brown PC MP, revealed that the planes had been the first national asset ever to be named by a company. The event was cited as the precedent for allowing firms to name Academies, a new generation of secondary schools sponsored by Industry.

What is more, we are very proud to report that, reading our museum site the RAF contacted Woolworths plc in 2005 to ask if the Company "would mind" if the RAF named a 21st Century plane "Nix over Six Primus". "These boys with all this multi-million pound technology could do with remembering the few, so we've decided to name some modern planes in honour of those original heroes. 'City of Leeds' and 'Nix over Six Primus' are to be the first." What a fabulous return for colleagues' 202,680 sixpences all that time ago.

Finally Museum Author Paul Seaton was invited to contribute to the official RAF History of the Spitfire, published in 2008. It includes pictures from this page. 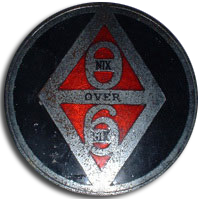 'They shall mount up with wings as eagles'

Fifty Woolworth colleagues gave their lives serving in the RAF and RCAF during World War Two.
One was chosen for inclusion in the RAF memorial at Westminster Abbey in London.
May they all Rest in Peace as heroes of the free world.