A key part of the Woolworth formula was to choose the right location for the stores. By 1909 there was a proven technique to pinpoint the right spot for branches in North America, but in Britain and Ireland the Founders had to map a blank canvas.

They were not welcomed with open arms with their promise to improve UK retailing, facing resistance as Yankee invaders ! A charm offensive would be required.

Choosing the first location in the British Isles

As they crossed the Atlantic on board the Hamburg Amerika Linie's flagship vessel the Kaiserin Auguste Victoria, Frank Woolworth and his pioneers started to plan their invasion of the British High Street. They prepared a shortlist of cities and towns for the first Woolworth stores and planned a scouting trip around the UK to choose the best premises. 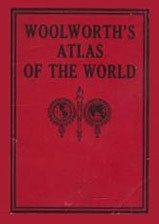 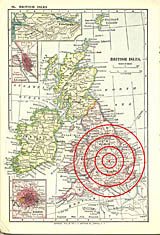 Frank had arranged for his property scout to join him from the USA, once the party were settled and work on incorporating in Britain was complete. First he wanted to take the chance to explain the process of choosing a location to cousin Fred and Managers Miller and Balfour. Population, household income and transport links were all part of the formula. He picked town to visit from his trusted "Woolworth's Atlas of the World".

He had mused that for a Country "as small as England" it would be best to start with a store in a central spot. He hoped that customers would travel long distances to visit it, as the news spread, and felt that placing the Buying Office and warehouse in the first store he could "save plenty on costs". He pinpointed Northampton as the best place to start.

Frank and his team landed in Plymouth and made straight for London. There was much to do. First had to find a British solicitor and get the Company set up. The Articles of Association and financing for the British Isles are covered in a separately in the Museum.

They travelled the Country by train and sometimes by charabanc. En-route Woolworth looked out for new suppliers and products to send back to America. He also visited his existing partners and invited them to propose new lines to be sold by his British stores.

The team considered that all of these Cities and Towns were good locations for the business, but were disappointed that "stores here are too small and shallow". Woolworth continued in a letter home "A store will have a fine front and show windows 25 to 50 feet wide yet is only 50 to 75 feet deep. The reason is that customers do most of their shopping from the show windows. You will find the sidewalks crowded with people looking in the windows and expect to see the store full. But go inside and you will notice only one or two customers. The moment you go in you are expected to buy and to have made your choice from the window. They give you an icy stare if you follow the American custom of just going in to look around."

The tour also gave Frank the chance to size up the competition. He soon learnt that the biggest threat came from the Marks and Spencer Penny Bazaar, which offered household goods for no more than a penny. It had started in Northern street markets, but had begun to relocate to open-fronted premises in High Street locations.The team made a detailed inspection of the M&S stores in North End, Croydon and Oldham Street, Manchester to learn what they were up against.

After the visits he noted "Most goods here are better made and cheaper than in America ... Goods which we sell for ten cents are six to eight cents here. Five-cent goods can be bought for two or three cents. This means that when we open in England we shall sell very few American goods."

After the shock of M&S, Woolworth was relieved that the rival that he had identified in advance, the 130-strong 6½D Bazaar chain, was not such a severe threat. To his relief their range was limited and their prices were on the high side.He hoped to knock them out.

Arriving in Liverpool, Frank was surprised to find a truly go-ahead City. It had an Electric Overhead Railway ("just like New York") prosperous merchants (ditto) and magnificent buildings too. The shops also were more up-to-date. "We have no walkover here", he wrote in a letter back to Carson Peck in New York. "British business men are as bright, alert and smart as American. Some of their ideas we would do well to copy."

More surprises were to come. As a multi-millionaire Woolworth had always found it easy to rent property. But word of his plans had leaked out from New York and had caused a storm in the British press.The Drapers' Record  and the Daily Mail  were angered by the 'invasion'. They compared Frank to the 'infamous showman' P. T. Barnum, calling his stores a 'circus' and his venture a 'sideshow'. Like Barnum, the believed Woolworth's would be here today and gone tomorrow. They reminded readers of Barnum's maxim "a fool and his money are soon parted" and advised landlords to steer clear.

The media frenzy spoilt negotiations for a site in Northampton and made the team work harder in making their case elsewhere. Fortunately they still had plenty of options. Frank Woolworth summed up his thinking:

"Within a radius from the city of Manchester, I am told there are 9,500,000 souls, more people that in any district of the same area on the globe, not even excepting the congested areas of China. The whole section is composed of industries that have made England the manufacturing centre of the world. The principal industry is the manufacture of cotton goods. Yet Manchester City does not look as lively and up to date to us as Liverpool, 35 miles away, which has only 700,000 to 800,000 people". 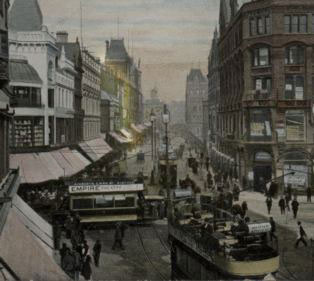 Frank Woolworth opted for Liverpool, and targeted a well-appointed former hat store. The Henry Miles store fronted both Church Street and Williamson Street. The landlord was prepared to ignore the newspaper stories once he received the offer of a year's rent in advance and a twenty-five year lease.

Woolworth wrote: "Our offer for a store has been practically accepted, but papers have not been signed yet. We find it no small undertaking to start our business in England. My opinion of the average Englishman being rather slow was an error. We may get done up yet."

The lease was signed on Friday 13 August. The premises included three trading floors (the top floor was set out as tea-rooms which had operated independently of the hat shop), with stockrooms and offices above. Local shopfitters were hired as preparations started in earnest. Frank wanted it to be "an opening to remember", and the first of many British stores.